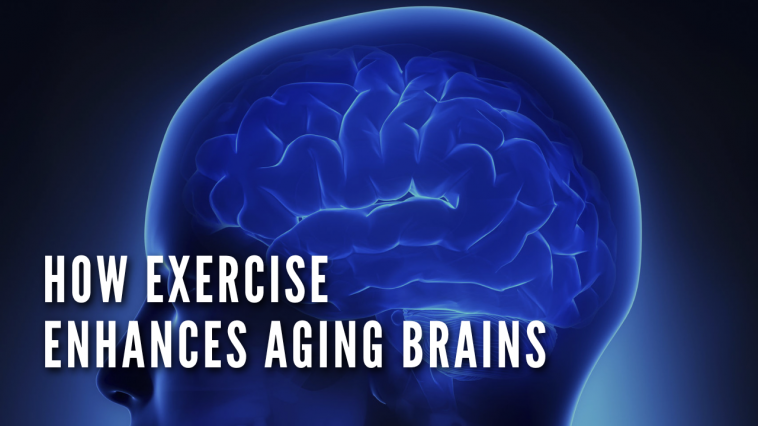 Most people think the positive effects of physical activity are mainly confined to the body, but what if we were to tell you that an active lifestyle has a multitude of benefits for your brain?

As it turns out, exercise enhances brain function, and this is especially crucial for seniors who become increasingly sedentary as they age.

This article will look at how exercise enhances aging brains in the elderly. Being active is a wonderful start if you want to keep your mind sharp as you age.

What Links Did Researchers Find Between Exercise And The Aging Brain?

Physical activity can assist in improving the aging brain, according to a 2021 study published in the journal NeuroImage.

The study examined the effects of various forms of physical activity on the structure and function of older individuals’ brains. It was carried out by a group of researchers from numerous American universities, including several at Colorado State University.

This new study conducted a 24-week controlled exercise trial with 247 volunteers with an average age of 65 years. Researchers categorized all trial participants as low-fit and low-active at the outset.

The investigation was preceded by a brain scan, as was the follow-up, and the subjects in the study were generally healthy at the beginning and free of neurological illnesses or head injuries.

The individuals’ brains were scanned using magnetic resonance imaging (MRI) before and after the 24-week intervention.

The findings show that aerobic exercise, i.e., the walking group and dance training, increased plasticity in the brain’s white matter.

This indicates that persons who engage in physical activity have the potential for brain remodeling, which enhances executive function and episodic memory and facilitates thought and memory. Conversely, white matter diminishes over time in people who don’t exercise regularly.

The findings of this study add to the expanding body of research demonstrating the advantages of exercise for older persons’ cognitive health.

What Other Benefits Does Exercise Have For An Aging Brain?

The brains of exercisers are positively impacted by physical activity in additional ways besides increasing the plasticity of white matter:

What Makes Exercise Beneficial for Memory?

A senior is more likely to benefit from social connections—which we already know are good for the brain—if they get up and move around.

Exercise also lessens inflammation in the brain, which causes dementia and cognitive loss, as was previously discussed.

Additionally, exercise helps seniors maintain weight, which is good for their brains.

Lastly, regular exercise enhances blood flow to the brain and supports vascular health. This provides the brain with more of the oxygen and nutrients it needs to function correctly.

A lower incidence of dementia and Alzheimer’s disease has been associated with regular physical activity.

According to a 2017 article from HealthyBrains.org, a study published in the American Journal of Geriatric Psychiatry found that even light to moderate exercise can increase the size of the hippocampus, the area of the brain responsible for memory and learning.

According to other research, exercise can enhance executive function, including planning and problem-solving, attention, and processing speed.

The trick is to continue it for the long haul.

According to HealthyBrains.org, a senior who is in good health should blend balance exercises with strength training and aerobics. For example, yoga and Tai Chi are some balance exercises that can benefit the elderly, whereas riding, swimming, and even walking are aerobic exercises.

Going outside to walk or bike stimulates the mind since you are seeing new things and gaining a fresh perspective on topics you are already familiar with, in addition to improving physical health.

The medical director of the Johnny Orr Memory Center and Healthy Aging Institute in Des Moines, Iowa, Dr. Robert Bender, MD, stated in an article from Everyday Health that “when the brain is idle, it tends to atrophy.”

This implies it’s crucial to avoid being sedentary and spending too much time in front of the television. According to Dr. Bender, “some experts think that persons who pay less attention to the objects around them are more vulnerable to dementia.”

As we’ve been talking about, while physical activity does appear to have positive benefits on the brain, science is unsure if it can stimulate the production of new brain cells.

According to MercyHealthfitness.com, researchers discovered that those who started exercising saw small modifications in their brains compared to those in the control group who did not exercise in a 2021 study published in Neurobiology of Learning and Memory.

Mark Gluck and his colleagues at Rutgers University carried out a study in which thirty-four individuals participated. Before and after exercising, the subjects underwent brain scans and performed cognitive tests.

Seventeen participants frequently exercised throughout the trial compared to the other participants who did not.

Researchers discovered greater synchronized activity in the medial temporal lobe, associated with memory storage and retrieval, in the exercisers.

Which physical activities are suitable for the elderly and beneficial to cognitive function?

According to Joyce Gomes-Osman, Ph.D., PT, aerobic exercises like cycling and running are the best since they are associated with “the improved capacity of the heart, lungs, and blood to carry oxygen,” according to a Harvard Health article. Consequently, there have been reports of widespread brain effects such as increased blood vessels and synapses, increased brain capacity, and reduced age-related brain atrophy.

But what can they do because many elders are unable to run or cycle? In addition, several low-intensity workouts can improve brain health. These consist of:

The effort to get off the couch is definitely worthwhile. UnityPoint Health states that “performing 30 minutes of exercise three times a week greatly reduces your odds of cognitive loss associated with Alzheimer’s.”

Try applying fresh thinking to everyday, normal tasks to keep your mind (or the mind of a senior loved one) engaged.

Take a new way to work or home when you are driving. Your brain will be more engaged when you are following your typical, well-known path since you will have to consider where you are turning or moving. You’ll also experience new scenery, which will further engage your mind.

With your opposing hand, try brushing your teeth or your hair. Additionally, try to use your non-dominant hand to eat and write.

Learn a new recipe while preparing a dish different from what you usually prepare to stimulate your taste and smell senses. Perhaps you enjoy Indian cuisine but have never attempted to prepare a favorite dish. Your brain is given fresh information to analyze when you buy the spices, smell them, recognize their scent, and taste the finished product.

Instead of singing the lyrics of a song, say them. Then, without resorting to humming the tune, try to get as far into the song as you can simply pronounce the words. Your brain is good at the association, which is why listening to music can aid in song memory.

Take up a new skill, such as taking up a foreign language or taking up music tuition.

Studies on jigsaw puzzles have demonstrated that this practice can enhance visual-spatial cognition.

Another activity that might promote brain activity is sudoku, particularly if you time yourself to try to finish a puzzle faster.

Following are some of the most frequently asked questions regarding aging, brain health and how each is linked to physical activity.

Why Am I Such A Forgetful Person?

According to memory expert Elizabeth Loftus, there are four main causes of people’s hasty forgetfulness. They are motivated by forgetting, interference, retrieval failure, and failure to store the memory.

How Can Senior Citizens Ensure They Engage In Enough Physical Activity?

Older individuals can take the following steps to ensure they exercise enough:

What Are Some Common Reasons For Memory Loss In Older People?

Dementia, Alzheimer’s disease, and stroke are three of the most prevalent potential reasons for memory loss in the elderly. While there isn’t a one-size-fits-all remedy for memory loss, studies have shown that physical activity can aid older persons with their brain function and cognition.

Numerous advantages of exercise for the brain include better neural connections and increased blood flow. Age-related cognitive decline may be postponed or even prevented by these effects.

Additionally, exercise can enhance sleep quality and lower stress levels, both of which are crucial for preserving cognitive function.

More research is required to understand further how exercise enhances mental health and the greatest brain exercises. However, the existing body of research points to the fact that exercise benefits brain health. It can aid in increasing synaptic plasticity and neurogenesis, guard against cognitive decline, and improve cognitive performance.

Therefore, it appears that making some kind of physical exercise part of your daily routine is an excellent strategy for maintaining your brain’s health, sharpening memory function, and enhancing your physical and cognitive well-being, regardless of whether you are aging or still young. 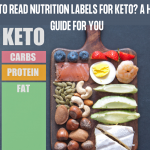