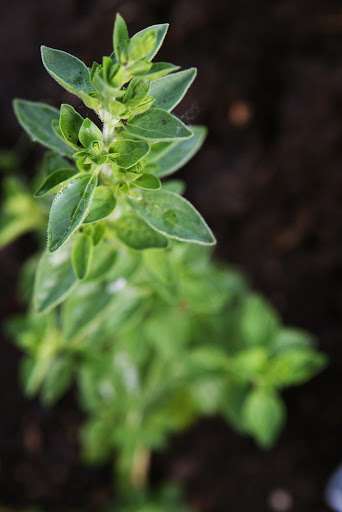 Want to elevate your culinary skills? Any chef will tell you that details like the types of oregano you use can add a layer of flavor complexity to your dishes. But what is the difference between Italian and Greek oregano?

Italian oregano has a milder flavor with a zesty undertone, while greek oregano has a stronger, earthier taste. Greek oregano plants also have bigger leaves than the Italian types and pack a stronger punch. These differences have a lot to do with how the plants are grown and harvested.

Read on to learn more about how Italian and Greek oregano differ in taste and texture so you can decide which one will work best with your cooking.

A distant relative of the mint family, oregano is a common herb used in many dishes. By and large, Greek and Italian oregano is quite similar in both taste and texture. So if you’re unused to adding oregano to your food you won’t notice any difference between the two.

The same is the case for people who normally purchase the mild, store-bought bottled variety and are transitioning to fresh oregano. That being said, seasoned chefs will notice some differences between both types of oregano.

Oregano plants are harvested towards the end of summer when they are in full bloom. Then the plants are hung upside down to dry in the hot sun. Dried oregano plants can be stored for up to a year. The entire plant is ground up, flowers and stems included. This is what gives Greek oregano its strong flavor and pungent aroma.

In cases where the plants are not harvested in time, the flowers turn bitter. This ruins the oregano and gives it an undesirable aftertaste. When harvested precisely as the flowers begin to bloom, Greek oregano is delightfully savory. So if you’re planning to grow this perennial plant in your herb garden be sure to grow and harvest it properly to get the most flavorful results.

Oregano is a major herb in Sicilian cuisine and goes on top of everything from tomato sauce and pizza to grilled meat and fish. Although Italian oregano is slightly milder than Greek oregano you still have to make sure not to overdo it.

The special thing about Italian oregano is the zesty undertones that give it a complex flavor. You’ll notice notes of sweetness and mint, as well as, a slightly peppery taste in your Italian oregano.

Overall, it comes down to personal preference. Whether you go with the Italian or Greek oregano depends on the type of flavor you want in your dishes. Oregano can be used as a topping for all sorts of dishes. It works well with tomato sauces and on pizzas and is also a staple in any middle eastern spice mixture.

How To Grow Oregano In A Herb Garden?

Oregano is a fragrant ornamental plant that is extremely easy to grow and adds a fresh scent to your house. Once you have a few shrubs going you’ll be able to pick off fresh leaves for your cooking whenever you want. Add other plants like basil and rosemary mint to start your very own herb garden!

The best time to plant your oregano is at the start of spring when the soil temperature is near 70 F. You need well-drained soil in an area that gets direct sunlight. The best part about oregano is that it thrives in poor or average soil! Once you’ve identified the ideal spot start planting your seeds or seedlings around 10 inches apart.

With 6+ hours of daily sunlight, around 1 inch of water a week, and well-drained, dry soil your plants should thrive in your garden. The best type of soil will have a slightly acidic pH. Overall, oregano is quite resilient and fares well in hot and cold temperatures. However, high humidity will kill your plants!

In case your region gets a lot of rainfall or humidity you’ll need to take steps to drain the soil. Apart from that, you won’t need to add fertilizer or other nutrients to boost the growth of your plants. The best thing you can do for ornamental oregano is to leave it alone.

Your oregano is ready for harvesting when the flowers start blooming or after it crosses the 5-inch mark. At this point, you should trim off the sprigs for drying and store them for later use. Of course, you can pull off leaves from your plant at any point to use fresh in your cooking.

As for the sprigs, let them dry in a cool, dark room then store them in your fridge or freezer. Frozen oregano lasts up to a year while dried oregano can be used for up to 3 years. It is important to remember that once you dry the oregano its taste becomes a lot stronger and its aroma turns pungent!

Other Types of Oregano Herbs

Growing your own oregano is actually quite simple. Despite the slight differences in taste and aroma, both Italian and Greek oregano make a wonderful addition to any meal and are suitable for home growing. You can simply pull off a few leaves to give your dishes an earthy scent! 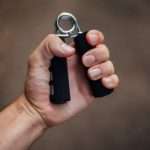 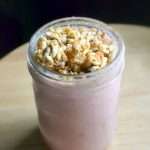