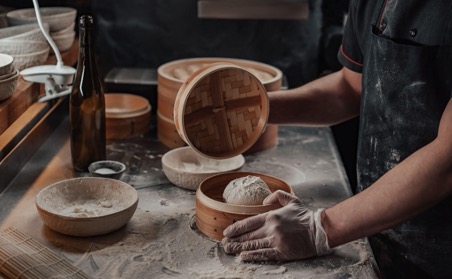 Who doesn’t love Chinese dumplings? And wouldn’t it be great if you could just make them at home?

The good news is that you can, either by making them by hand or by buying them frozen. The majority of people reading this have likely bought frozen dumplings and are now wondering, “Can you steam frozen dumplings without a steamer?”

Yes, you can steam dumplings without a steamer or steamer basket. However, before we get to that, you might want to learn a bit about how dumplings are usually cooked.

The traditional way of cooking dumplings is to make them fresh and then steam them in a bamboo basket placed in a large pot of boiling water.

Old school cooks might want to place their stack of bamboo baskets on top of banana or cabbage leaves, just like they do in China.

If you don’t already have a bamboo steamer, it is well worth the effort to find one. They are inexpensive, naturally anti-bacterial, and last for years. Even better, bamboo steamers can be separated and placed right on the table to use as serving dishes.

It’s easy to cook dumplings in a metal steamer basket. These baskets, which you insert inside a cooking pot, come in various designs.

They are stackable, allowing you to steam several dumplings in one basket and a vegetable, such as spinach or pea shoots, in another.

You can also buy umbrella-style steamers that splay out and perch easily on the pot rim high above the water. These are basically collapsible colanders that work well for steaming dumplings.

Spraying a touch of nonstick cooking spray on the base of this kind of steamer can help prevent the dumplings from sticking to their bottom.

Steaming Dumplings Without A Steamer

Here are inventive ways to steam dumplings without a steamer.

Use A Strainer or Colander

Find a large spaghetti strainer that fits inside a large pot. Many of them are sized in a way that you can actually fit the strainer or colander so that it sits right on the pot’s lip.

When the water reaches a medium simmer, place the dumplings inside the colander or strainer and cook them in boiling water for five to ten minutes.

Use A Cooling Rack

Most people own a cooling rack that will fit into a larger pot or frying pan that they own. Any kind of elevated rack will do.

If the rack seems to sit too low at the bottom of the pot, then you can use crisscrossed forks to prop the cooling rack up a little higher. Three chopsticks placed in a tee-pee shape to support it can also create a makeshift steamer.

You could also prop the rack up slightly by stacking banana or cabbage leaves at the bottom of the pot and then adding water.

Then all you need to do is place a metal or ceramic plate on top of the rack and arrange the dumplings carefully on top. When the water boils, put the lid on the pot and cook them for five to ten minutes.

If you don’t have any way of raising a plate from the bottom of a pot, you can build a platform for your dumplings out of large balls made from aluminum foil.

Take a sheet of aluminum foil and crumple it into a large ball. Make several of these and then place them in a large pot until they form a supportive tripod or pyramid shape.

Use A Wooden Salad Bowl

Sometimes you have a large wooden bowl on hand that will fit the inside of a pot. Simply rub the bowl with a bit of sesame oil, arrange the dumplings carefully inside and lower it into the pot of water. Cover the pot and steam for 5 to 10 minutes.

Steam Them on A Stack of Instant Noodles

One way to support dumplings without a steamer is to set them on top of a nest or two of instant noodles. Prepare the noodles according to the package directions, adding the suggested amount of water and the enclosed flavoring.

Take two to four shorter chopsticks that can be balanced on the pot and place them in a grid shape so that they resemble a rack. Set the dumplings on top of the improvised rack and steam them until ready.

Keep Your Dumplings From Sticking

One of the biggest issues when making steamed dumplings without a steamer is that they can stick to the plate you are using as part of your makeshift steaming rig. To rectify this, you can place a sheet of parchment paper over the plate.

You can also grease the bottom of the plate with a bit of oil or nonstick spray to prevent the cooked dumplings from adhering to its bottom.

It also helps if you arrange the dumplings very carefully on the plate so that they don’t stick to each other while cooking. This can easily happen when the water comes to a rolling boil.

Here are some tips and tricks for making sure that your dumplings turn out great with or without a steaming basket inside.

Place The Dumplings in The Pot at The Last Minute

Wait until the water in the pot is almost boiling, at a low simmer, before placing the dumplings on a plate inside of your DIY steamer. This allows the dumplings to retain their firm texture.

Make Sure You Put The Lid on The Pot

Always remember to put the lid on the pot containing your DIY steamer. This traps the steam inside of the pot so that the dumplings cook rapidly and thoroughly.

If you are preparing packaged Ramen noodles, you can consider making soup dumplings by setting the frozen dumplings directly on the noodle bed and letting them sink into the soup as the noodles cook. They will be steamed but not too soggy.

Handle Freshly Made Dumplings With Care

When handling freshly made dumplings, meaning that they have never been frozen, be sure to wear plastic gloves. Fresh dumplings are made from sticky dough which makes it easy for them to fall apart during handling.

Placing the fresh dumplings on a ceramic plate rather than on a metal one is a good idea. This prevents them from sticking or becoming gooey while steaming.

Here are some frequently asked questions about steaming dumplings without a steamer or steamer basket.

Can You Fry Chinese Dumplings?

Yes, you can fry Chinese dumplings. In fact, one method of cooking them is to steam them first and then fry them in a bit of sesame oil to make them a little bit crispy.

Can I Freeze Cooked Dumplings?

Cooked dumplings don’t freeze that well because they lose their texture. The best way to store steamed dumplings is to place them in an airtight container and put them in the refrigerator, where they will last about five days.

What is The Best Dipping Sauce for Steamed Dumplings?

There isn’t a single dipping sauce that is best for steamed dumplings, as it may be up to your taste buds to decide on this one.

However, here are the seven most popular dipping sauces for dumplings.

Many of these sauces can be made at home. You can find some great dipping sauce recipes here.

You can layer dumplings in a bowl on top of steamed noodles or steamed green vegetables such as spinach or pea shoots. You can also arrange them nicely on a serving platter, surrounded by small bowls of your favorite dipping sauces.

Possibly the most important thing to remember when steaming dumplings without a steamer is that texture matters.

Make sure that there is enough water in the bottom of the pan to actually complete the job of steaming the dumplings. If your pot boils dry, you might have to add more water, which delays the cooking process, leaving you with mushy dumplings.

As is true of most dishes, steaming the dumplings at the highest temperature possible for the shortest time possible is the best approach. 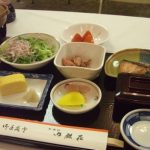 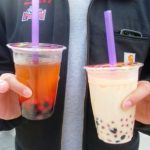