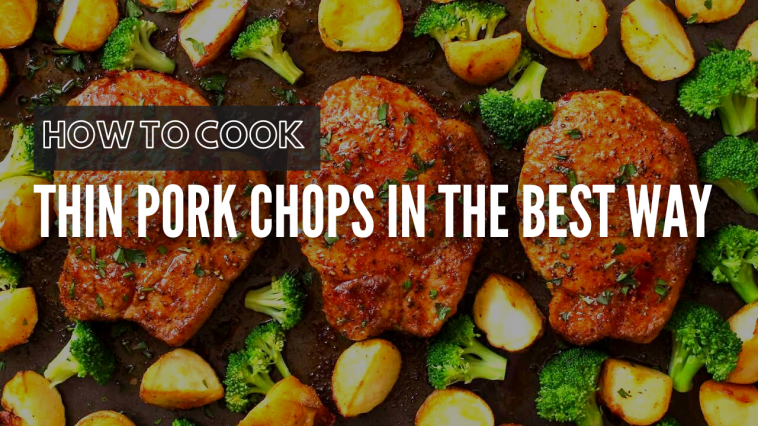 Pork chops are a great option for last-minute dinners because they can be cooked in under 20 minutes. But, because of their lean cut, they can be easily overcooked, which makes pork chops dry and tough to eat.

Check out this article for instructions on how to cook thin pork chops. We will also include tips on preventing pork chops from drying out and some common mistakes to avoid when making them.

Thin pork chops only take a few minutes to cook, but it is very easy and common to overcook them. This is why you must pay attention to the recipe and cooking time. Here are some delicious recipes for some of the ways to cook pork chops:

For pan-fried pork chops, you will need the following ingredients:

Using an air fryer is a great way of cooking pork chops because it gives you more control over the cooking process, i.e., setting time and temperature.

The following instructions are for air-frying juicy thin pork chops:

An air fryer is a preferred method of cooking meat because of its health benefits. You can get a crispy and juicy pork chop in 15 minutes without cooking it with lots of oil.

There are various ways you can bake pork chops in an oven. You can sear them in a hot pan first or braise them with liquid.

To sear, heat a pan with some olive oil on high heat and cook the pork chop for 3-4 minutes on both sides until golden. Place the seared pork chops in a baking dish and roast them at 425°F for 5–6 minutes.

You should check the doneness of the pork by checking the internal temperature. If the temperature reads 145°F, then the pork chop is cooked.

For braising, fill the baking tray with cooking liquid (stock or vegetable broth) and place the pork chops in it. Bake them at 400°F for 15-20 minutes.

Pork chops can be easily overcooked or undercooked. Here are some mistakes to avoid when making them:

1. Cooking Pork Right Out of the Freezer

Any type of meat should not be left at room temperature, or it will go bad.

But, you should never cook the meat right after taking it out of the fridge. The outer layer will be done cooking before the inside, leaving you with undercooked pork chops.

This is why you should let your meat come to room temperature before cooking. Always insert the meat thermometer in the thickest part of the meat to know that the inside is well-cooked.

Seasoning your pork chop generously will bring out the maximum flavor of the meat and give it a crisp texture.

Sprinkling salt and pepper is a must. But you can also use a blend of spices, Italian herbs, adobo seasoning, etc. You can also soak the pork chops in brine or let them marinate for a few hours before cooking.

3. Not Searing the Pork Chop

Searing your pork chops before roasting them will caramelize the sugars in the meat and seasonings as they heat up.

The fat in pork will also render and turn brown. This will improve the texture and flavor of the pork chop.

The USDA recommends that pork should always have a temperature of 145°F. Overcooking meat is not good either because it will make it dry and tasteless.

So, it is important to find a balance between overcooking and undercooking, which can be done by paying attention to the cooking period and temperature.

How Can You Prevent Dry Pork?

Because of the lean cut of thin pork chops, they don’t have any fat to retain the moisture. This is why thin pork chops can dry out faster because they quickly lose the mixture.

Here are some ways to prevent dried pork:

A marinade is mostly similar to a spice rub. The only difference is that marinade is made from wet ingredients such as oil, lemon juice, soy sauce, apple cider vinegar, or some other acid.

This will not only add flavor to the pork but will also keep it moist.

Another way to add moisture to pork is to soak them in brine, which makes the meat more tender and helps it retain moisture.

To check the doneness of pork, you should insert a meat thermometer into the thickest part of the meat, and it should read 145°F (62.77°C).

But, the trick is to take the pork chop out at 140°F and let it rest for as long as you have cooked it.

The internal heat will increase the temperature and keep the pork chop moist. This will also prevent the pork chop from being overcooked and drying out.

The oil prevents the meat from sticking to the surface of a grill or a pan. It also locks in moisture and increases caramelization. Without the layer of oil, the juice in the meat will evaporate.

Thin pork chops will take less time to cook, so you should check the temperature and doneness of the meat before the time is up to prevent overcooking. Buy bone-in pork instead of boneless pork chops.

Cooking is about experimenting, so you can always make changes to the recipe according to the ingredients you have at hand.

Always make sure to marinate your pork chops for at least 3-4 hours for a juicy and tender meal. 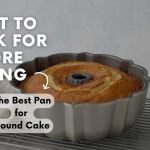 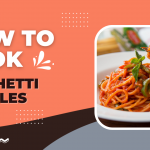